Everything you Need to Know about Capacitive Touch Panels

You’ve determined that you need a Capacitive touch panel.  Did you know about the different options available? And if so, how do you start figuring out which type will work best for your application?

Here’s a look at what to consider in the decision-making process, and an overview of all the options you have.

Anti-Glare (AG) - By using diffuse films with surface anomalies, reflected light is fragmented and dispersed. This makes the reflected image blurrier, which allows the user to focus more on the intended image instead of the reflected image. Anti-glare films are more visible to the human eye, so should be used when there is minimal reflected light (e.g. indoor environments). Too much anti-glare (or light dispersion) can negatively affect the overall clarity of the display. 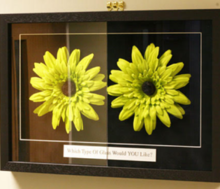 Anti-Reflective (AR) - Multiple layers with varying refractive indices vary the direction in which the light is reflected. Anti-reflective films are not visible to the human eye but can leave a soft blue-green color that may be subtly noticeable. Anti-reflective film is preferred in applications requiring high transitivity of light through the touch panel and when there is a higher intensity reflected light (e.g. outdoors).

Anti-Fingerprint (AF) - It probably comes as no surprise that these touch panels are intended to be touched by people. Some amount of oil and residue are left behind when a panel is touched by someone’s finger, so AF surface treatments are made to resist these oils and dirt, as well as making the touch screen panel easier to clean. 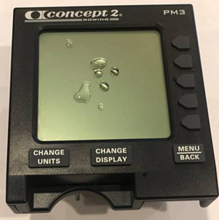 Wet Functional - Depending on the application, it’s possible for moisture to build up on the surface of the touch panel or for the end user to touch the display with wet hands. When this occurs, the accuracy of the touch panel response can be impacted. For these purposes, there are specific touch panel controllers and algorithms that better handle this interference and still retain a useful touch function.

There are several possible adjustments that can be made if needed: