DAISHINKU CORP. is pleased to announce that the next-generation crystal timing devices “Arkh.3G Series” have received the “Good Design Award 2019” (Sponsored by Japan Institute of Design Promotion).
In the conventional products, a quartz crystal element is fixed a ceramic package by a conductive adhesive. In contrast, the Arkh.3G series designed in a wafer level package in which three crystal wafers that have processed by photolithography are bonded and diced. Therefore, Arkh.3G series are built in an integrated structure of the frame and the resonator part, these have achieved high reliability and about 1/2 the thickness compared to the conventional products. In addition, Arkh.3G series are best available products to incorporate in IC packages due to its thinness, and it will offer new usage forms for crystal devices.
These have been evaluated by the judges and received the Good Design Award 2019. This year marks the 60th anniversary of our founding. We will continue to create new value for crystal devices such as the Arkh.3G series with the technology we have cultivated. 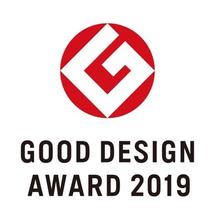 About the Good Design Award
The Good Design Award is Japan's leading design evaluation and promotion activity that inherits the Good Design Product Selection System established in 1957. As a global design award that many companies and organizations in and outside of Japan participate in, it is held every year with the aim of improving the quality of life and utilizing the design to solve social issues and themes. The award symbol “G Mark” is widely known as a symbol of excellent design.